They killed my great big idea – I should give them a raise!

I had a great idea – no really, a big, rare, juicy one. It was clear, unique – it was an app for cripes sakes! And for a client who is innovation focused!

I ran to the digital producers, “Get your heads out of your cloud computing and get on this faster than now!”

They did their wireframes. Had some questions – actually doubts: cost, timing.

They brought it to strategy and they did some research on the target and had reservations. Actually they thought it was a good idea but not in coordination enough with the rest of the work we were doing.

“Go renegade with me!” I called, charging in no one direction.

They brought in media and they did some data digging – interesting idea as it was the target would be insignificant.

Dead. They killed the idea because it wasn’t a grow! idea.

You gotta trust your advertising agency

I am taking off my shoes and walking over to the fire. 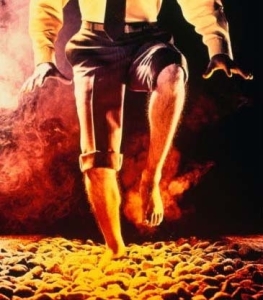 I want you to hold my feet to the flames.

I am to be held accountable.

If this is kinky to you, let me tell you it is business to us.

We do what we say, we say what we do. This way no one gets burned.

Yes, we’re an advertising agency. We think there are others like us out there.

But when the Gallup Poll does an integrity survey and our industry ends up below politicians – well, it’s time to stand up. Barefoot.

We’re in Encinitas. California. We are experienced creative entrepreneurs from the biggest and best agencies in the country.

We grow our clients’ businesses with a process that is harmonious with our clients.

We use integrity and virtue, along with creativity, insight, innovation and analytics.

We use moral skill.

But what’s deeply important to us is how we do it.

We make promises. We keep them.

One promise we made to a client was that we would go bankrupt before giving up on solving his company’s problem.

The CEO of the prospect-turned-client asked me to sign that.

Next time he accepted a handshake.

In this world you got to use what you got. 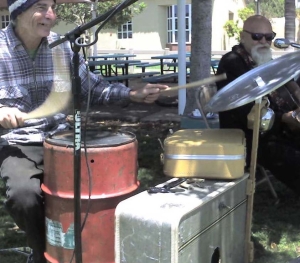 He thumped and whomped his two suitcases – a Samsonite floorbase and a tom-tom that had long lost its logo. His drumsticks worked every inch of a snare drum made from a transmission oil can with thick strips of black tape in the pattern of a Union Jack.  “Yeah, well, we’re Americans. Americans,” he spoke with the syncopation of a drummer who hears the beat even when he sleeps. He was jamming on a Sunday afternoon for the flip-flop crowd’s dollars.

The rest of the drum set is comprised of a tin prison-type coffee cup and a cymbal that was formerly a garbage can.

“Been playing these since I joined up with him six month ago.” “Him” is the coughing-croaking lead singer and steel guitar picker in the cool-daddy sunglasses. “This guitar cost me $50, parts from the junk yard, better sound than my Gibson which I have but why would I play it?”

They were playing, answering questions about their instruments and collecting crumpled bucks from the breezy strollers at the farmer’s market.

This wasn’t a musical performance as much as it was a study in innovation. “Lost most of what I had since the downturn in the economy,” Said the ski-capped drummer, smiling a victim’s smile of acceptance. “The economy broke into my room, took my stuff. I lost the IOU.” It was likely a gimmick but I was buying.

They made their instruments from scraps and played them for all they were worth.

The recession may have found its troubadours.

“I heard it’s a cruel world – I don’t buy it. The world is and we are. No meanness,”   he who is known as “Him” side-talked at me while nodding to a dollar dropper.

“Let’s play another. I think we should play another.” The drummer tapped – more like twitched — on his garbage can. And then they broke into, “Before you accuse me, take a look at yourself,” by Clapton.

Were they good? Is that really the question? They upped the game from rhythm and acumen to resourcefulness and drama. They gave us a clue on survival, a ‘we’re-all-in-this-together’ nod of community, and showed their invention. They told a story of gumption and vision. Where some see junk others hear music. And where there’s music there’s bound to be some crumpled bills looking for a new home. That’s branding – something more than the usual song and dance to relate to, be better by.  These guys gave me a reason to stick around, to take a picture, to be involved and for that they have a brand advocate. All for replacing a drum with a broken suitcase – because they created a story that engaged me and brought my attention to what could be.  Thanks luggage drummer dude!

And so I, and I’m sure many others, will pay for some of that. I dropped a dollar in the only suitcase that wasn’t a drum and then I applauded — me and a kid in diapers who’d been twirling enough to tell anyone he agreed with Him. If it’s a cruel world, he too, wasn’t going to let it get in the way of music.